Meet Jake Lucas: The Man Behind the Scenes 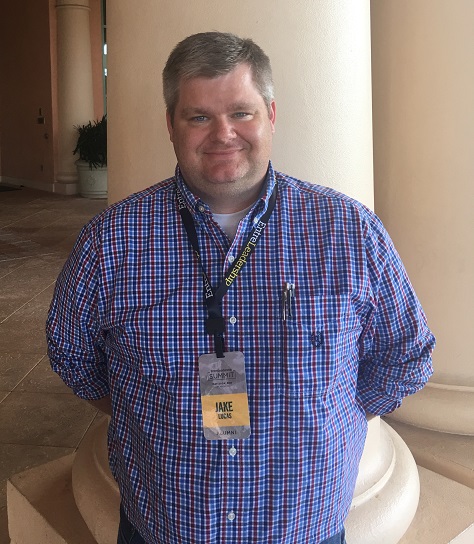 Jake Lucas doesn’t work in the spotlight, and that’s the way he likes it.

“I prefer being behind the scenes,” Jake said. “I don’t need the glory or the spotlight, I just want to make sure I do the job and do it well.”

In his role as Operations Manager at Breiner Non-Metallics, Jake has his hand in just about everything around the office and shop. From handling purchasing, managing daily operations, and working directly with the foreman and shop workers to make sure every job goes smoothly.

Around Breiner, he is known as the “Executioner”. Not because if you screw up heads will roll, but because if something needs done, he’s the man to take care of it.

In a lot of ways, Jake is a reflection of Breiner’s work and products themselves. They may not get much attention, but you better believe they are there making things happen.

“The things we do here may be small and behind the scenes, but they are crucial,” Jake said. “We make the things that make things go… that you don’t even know about.

“We are keeping our Navy and our country safe with our products and services. It’s stuff like that we are proud of and love to tell people about.”

The younger brother of Breiner president Joe Lucas, Jake has also been an instrumental part of changing the culture of the company along with Joe.

The goal of the Lucas brothers is to make the importance of every employee equal across the board, break down barriers, and encourage collaboration and discussion. This, Jake says, is the key to taking Breiner to new heights.

“We want to encourage people to speak up,” Jake said. “Promoting a culture of openness and communication brings in new ideas and lets us try new things. Even if they don’t work out, every shortcoming is an opportunity to learn and grow.”

Breiner has begun a reward system for employees reaching daily goals and assisting others reach theirs. Everybody lends a hand around the shop.

Although Jake shares the same vision of Breiner as Joe, their path to Breiner was very different.

They both helped with Breiner during the summers, but neither were ever forced or corralled into following into the family business. Jake instead followed his passion and love for farming and agriculture after high school. For more than 10 years, Jake worked on farms and for a farmer’s Co-Op.

Jake claims that many of the leadership traits that he uses as the Operations Manager he learned on the farm.

However, after several years, Jake returned to Breiner as a Sales Manager, seeking to find some better stability as he started his own family, a place to apply his unique skills, and learn new ones as he reentered the family business.

Since then, Jake has helped take Breiner to new heights.

“Having seen where things were and the way we are headed now is really rewarding,” Jake said. “Even just 5 years ago things were completely different.”

Outside of Breiner, Jake still enjoys the great outdoors. Married to his wife, Sabrina, since 2003, Jake has two children who he spends a great deal of time with. The family loves to camp, raising their new chickens (they soon plan on buying a couple cows), and he has even been their baseball and soccer coaches. The family has also been working on remodeling and landscaping their new home in Danville.

As for Jake, he is a pretty typical Hoosier. He loves the Colts, supporting them through thick and thin, watches Purdue football and basketball and volunteers at his church weekly, walking alongside people who need someone to listen too.

Jake is just one of the many people around Breiner, working to do incredible things. If you have a unique problem, Breiner can be your solution. Stop by, meet the folks behind the scenes and learn what Breiner can create for you.